You can’t spell Charity Ball without Art.
Why the word Art, you may be wondering? Why not Cat or Rat or Try or All or Chart or Itchy?
Well, Art is the aspect of Enloe Charity Ball that is not always obvious to the common eye, and wasn’t obvious to my own eyes until last year. In 9th grade, I joined student council with that undiminishable sense of freshman hope and drive, determined to make my mark on this so-called “Charity Ball.” However, as I stumbled through my first Charity Ball season, I discovered that I was not the fundraising beast that I had once intended to be. Sure, I raised a decent sum. And don’t get me wrong, I loved learning about and volunteering with the beneficiary. But at the end of the day, I still didn’t feel like I had made my mark.
Fast forward two years later. Enloe Charity Ball season is approaching yet again, but this time for the Autism Society of NC. I’m in my AP art class one day when my teacher tells us the news. “Sup artists! You nerds get to participate in a Charity Ball-themed art installation at VAE raleigh, a local art museum. You can choose any theme that connects with the beneficiary, and your pieces should be engaging and interactive. Well, what are you waiting for? Get going, slow pokes!” I looked around excitedly at my classmates. We couldn’t wait.
Filled with reinvigorated purpose, I immediately started on my piece: a 3D face, painted completely on puzzle pieces, titled “How Puzzling!”. I had never really sold my artwork, so my expectations were low, to say the least. However, a couple of days later, I found out that my piece was one of only a few that had been bid on. Not only had my classmates and I helped fundraise and raise awareness for an amazing cause, but we had also created something beautiful in the process. The gallery show was an immense success, as it covered themes that got a closer look at the lives and perspectives of individuals with Autism. I was finally starting to see the Art in Enloe Charity Ball. 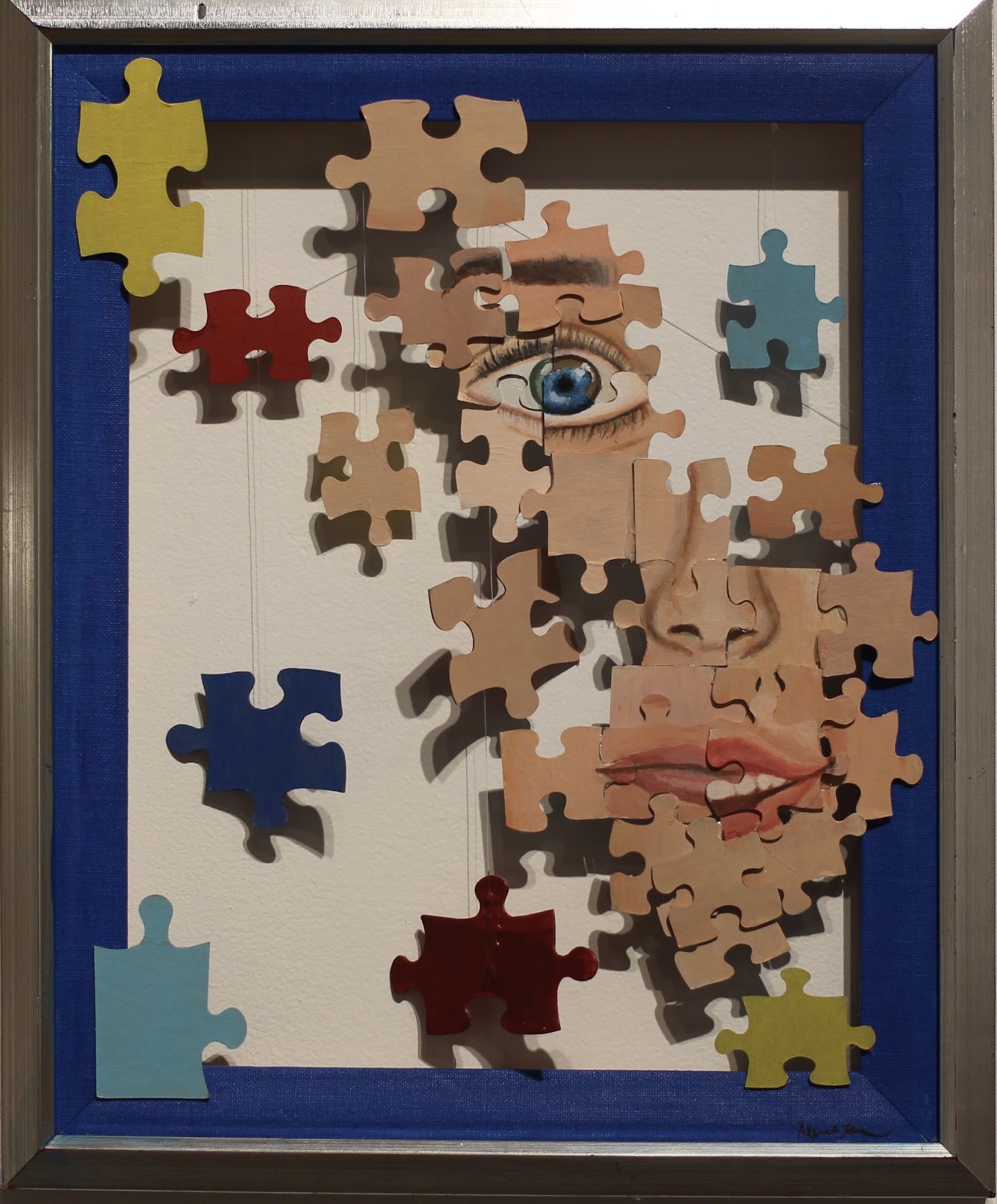 When Southeast Raleigh Promise was announced as the beneficiary this year, I wasn’t sure if the amount of school-wide Arts involvement would stay the same. However, not only did the Arts Departments remain a significant part of Enloe Charity Ball, but their vision for HOW to get involved also grew in leaps and bounds. This year, a $5,000 grant was given to the Arts Departments to put on a rendition of the Nutcracker. Singers, dancers, choreographers, actors artists; you name it, they’re in it. This show has already brought in a substantial revenue for charity ball, but more importantly, it’s gotten a large majority of the school involved in a process that otherwise would have likely been strictly considered a ‘Student Council Thing.’
That’s why, when PrezVP mounts those notorious Marbles stairs and announces that incredible number, student council kids won’t be the only ones clapping. No matter what that check reads this year, I know that the whole school will be on their feet; applauding, hugging, crying, and ultimately, feeling like a part of something greater than themselves. The very same feeling I felt on my freshman year of student council, and have continued to immerse myself in year after year, beneficiary after beneficiary, purpose after purpose.
Art serves to inspire, to impact, to shock. Therefore, Enloe Charity Ball is an Art form. Enloe Charity Ball is inspiring Enloe students to fundraise for an amazing cause, as well as motivating those that fall under the Arts to get involved and create beautiful and meaningful productions. It is impacting the children at Southeast Raleigh Elementary School who, as a result of a seemingly endless cycle of intergenerational poverty, have never been given a true chance to succeed. And, as always, it is shocking the Raleigh community with its motivation, drive, and ability to set goals that other schools would deem all but impossible. 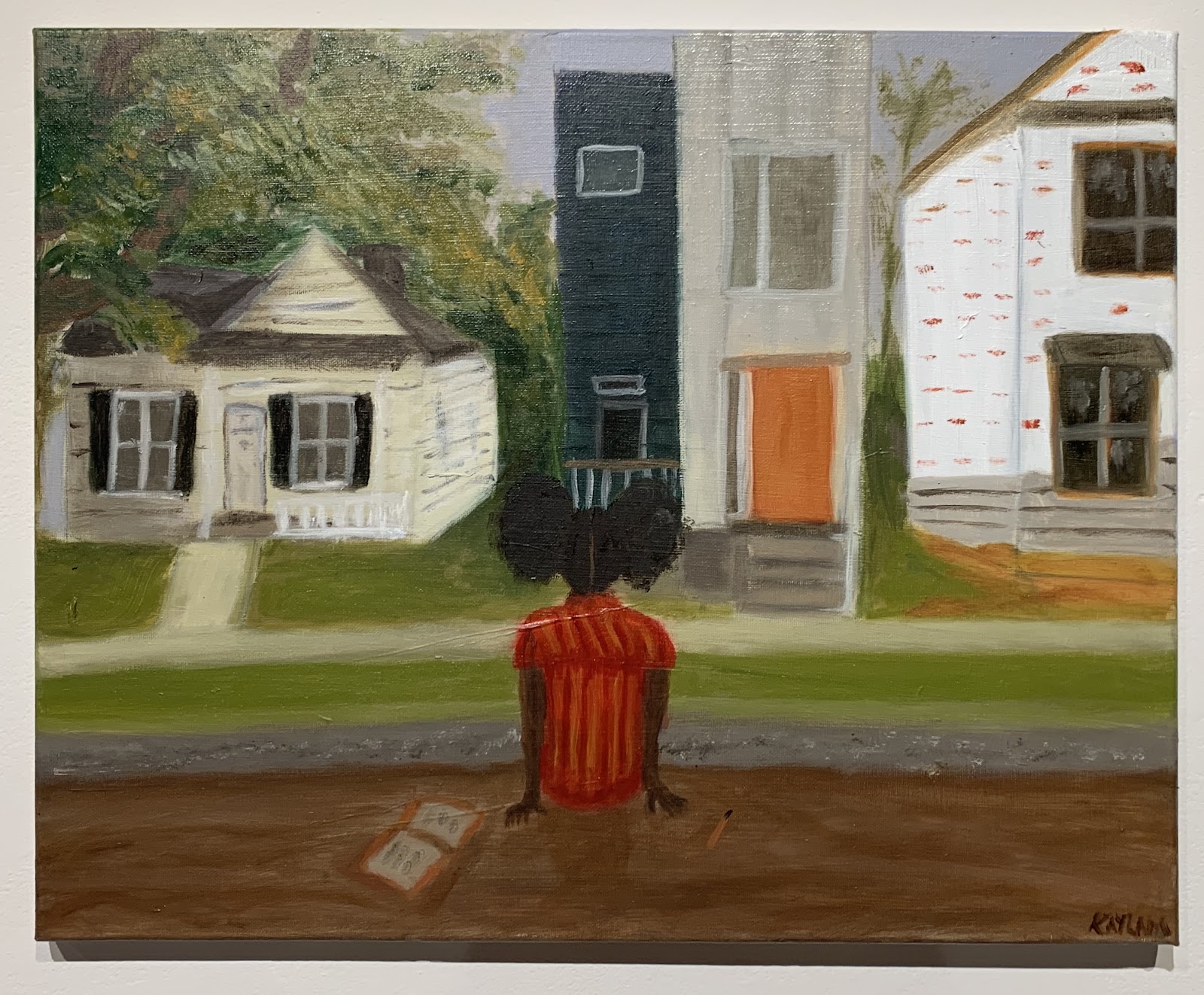 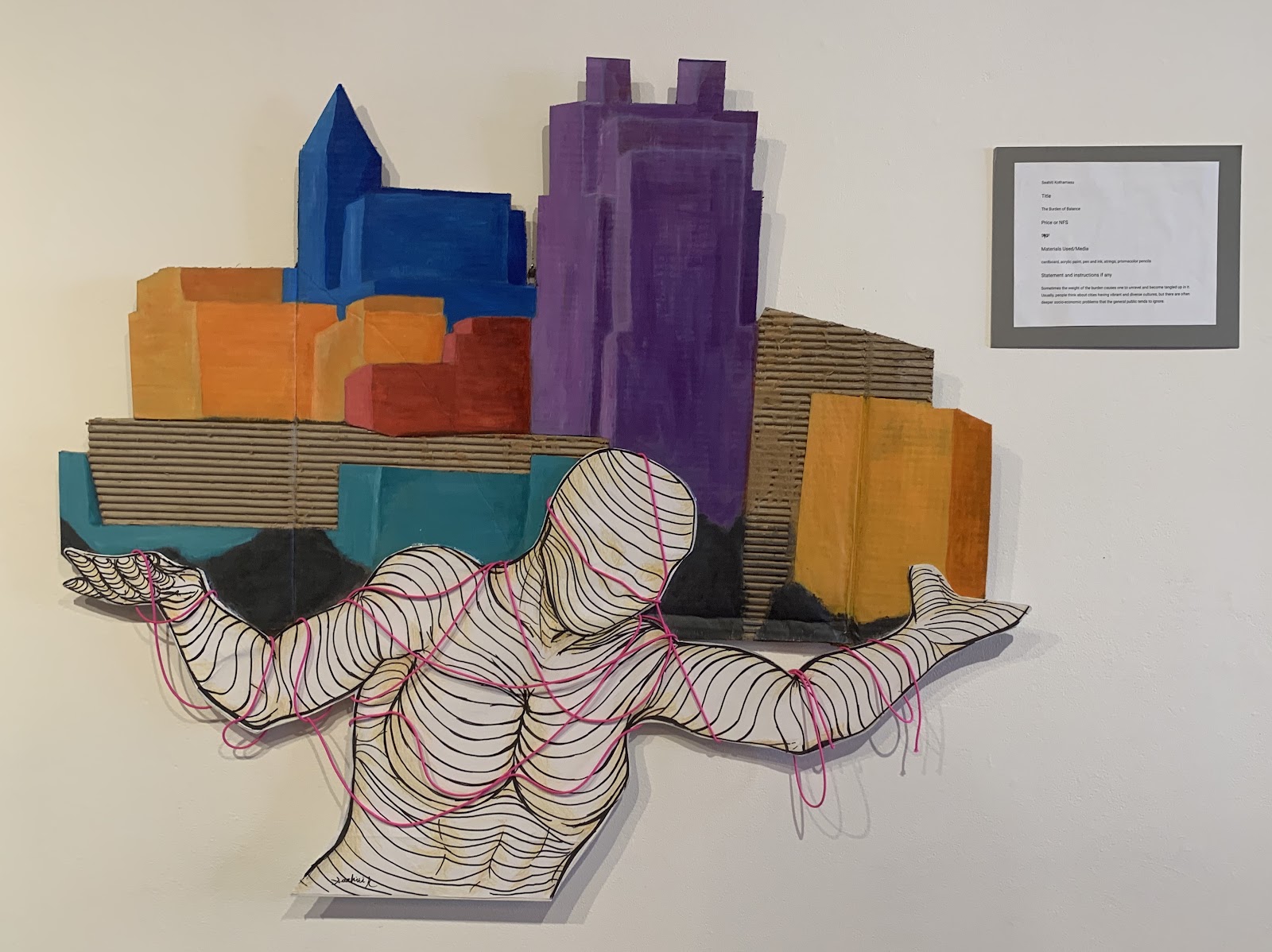 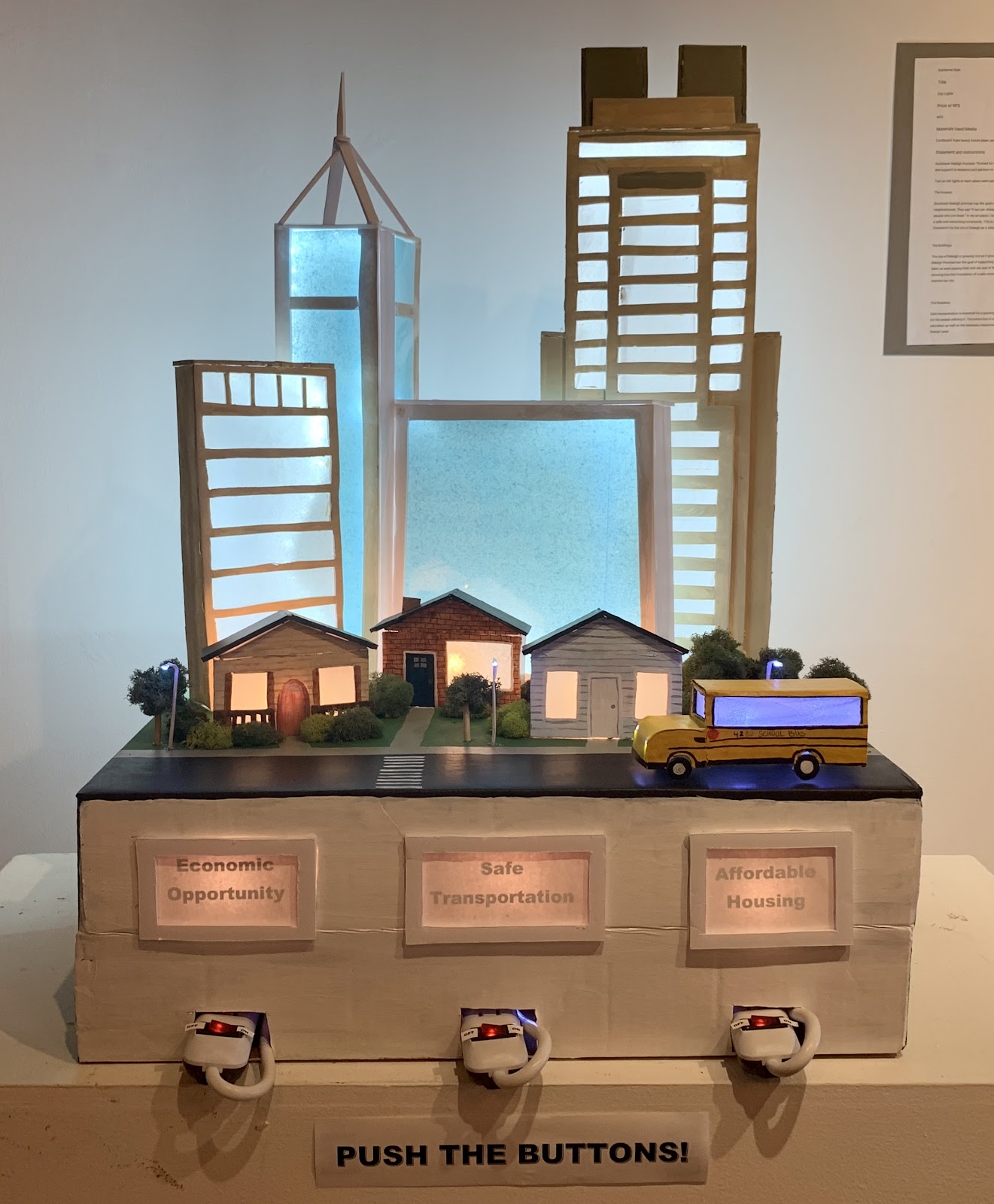 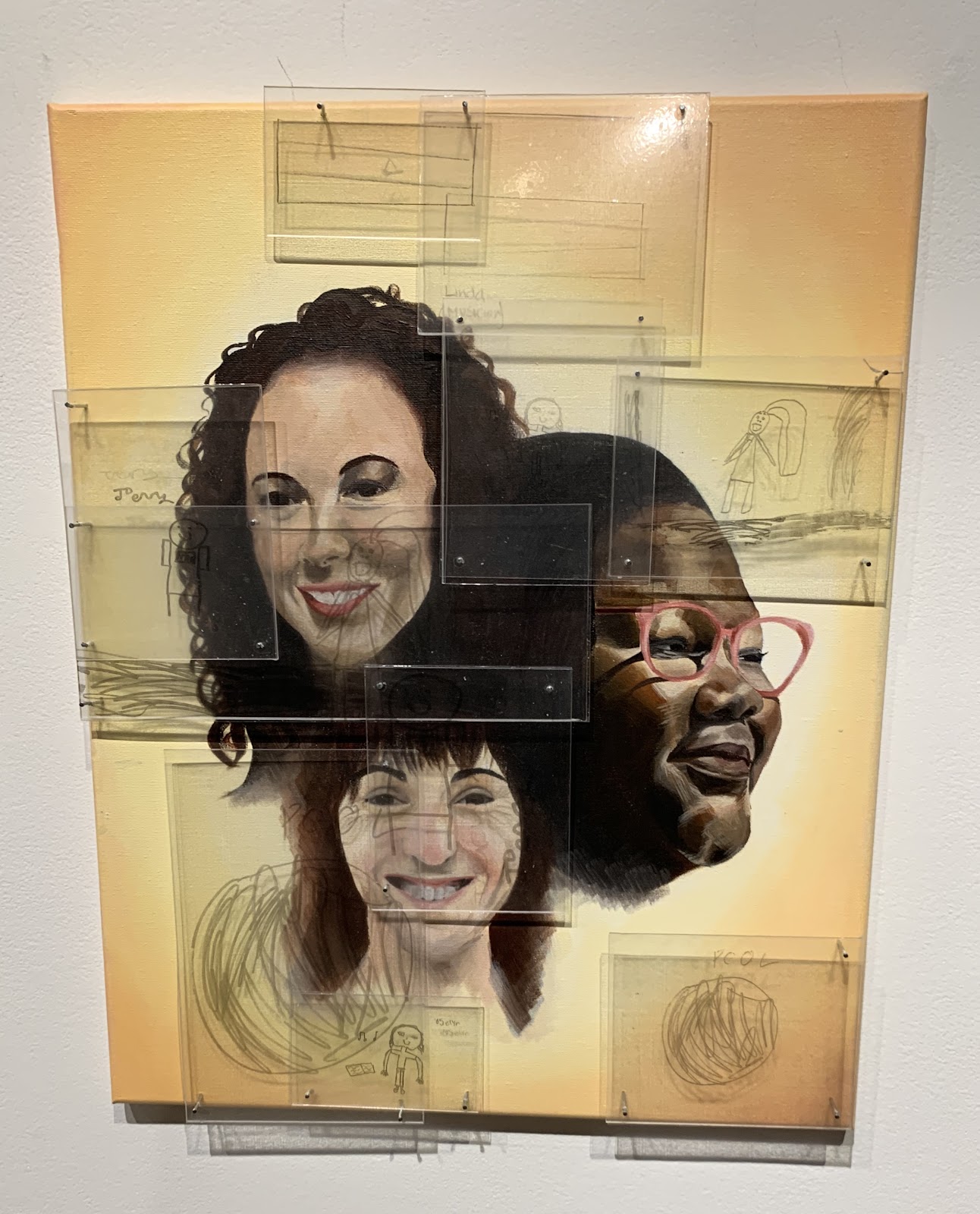 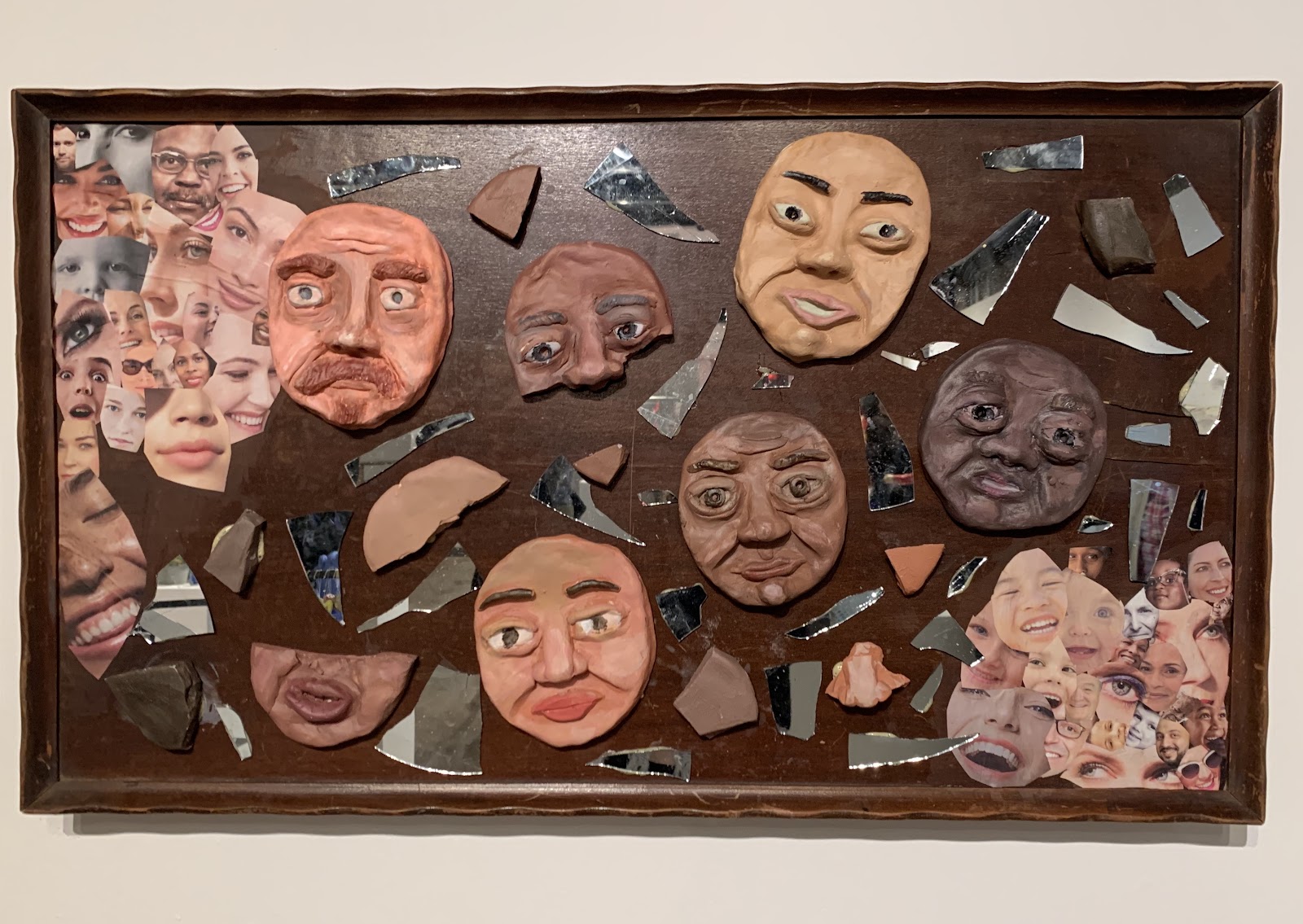 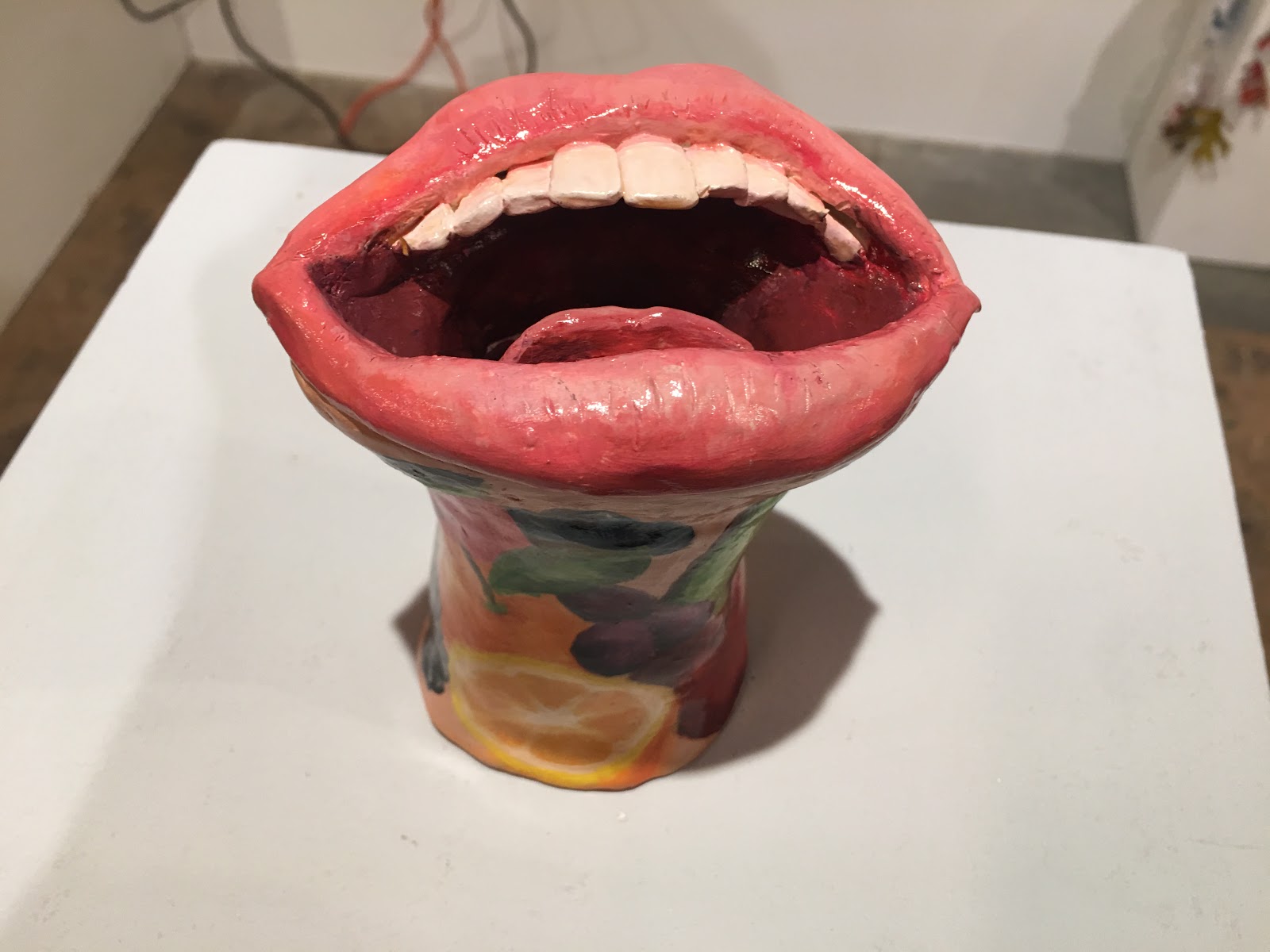 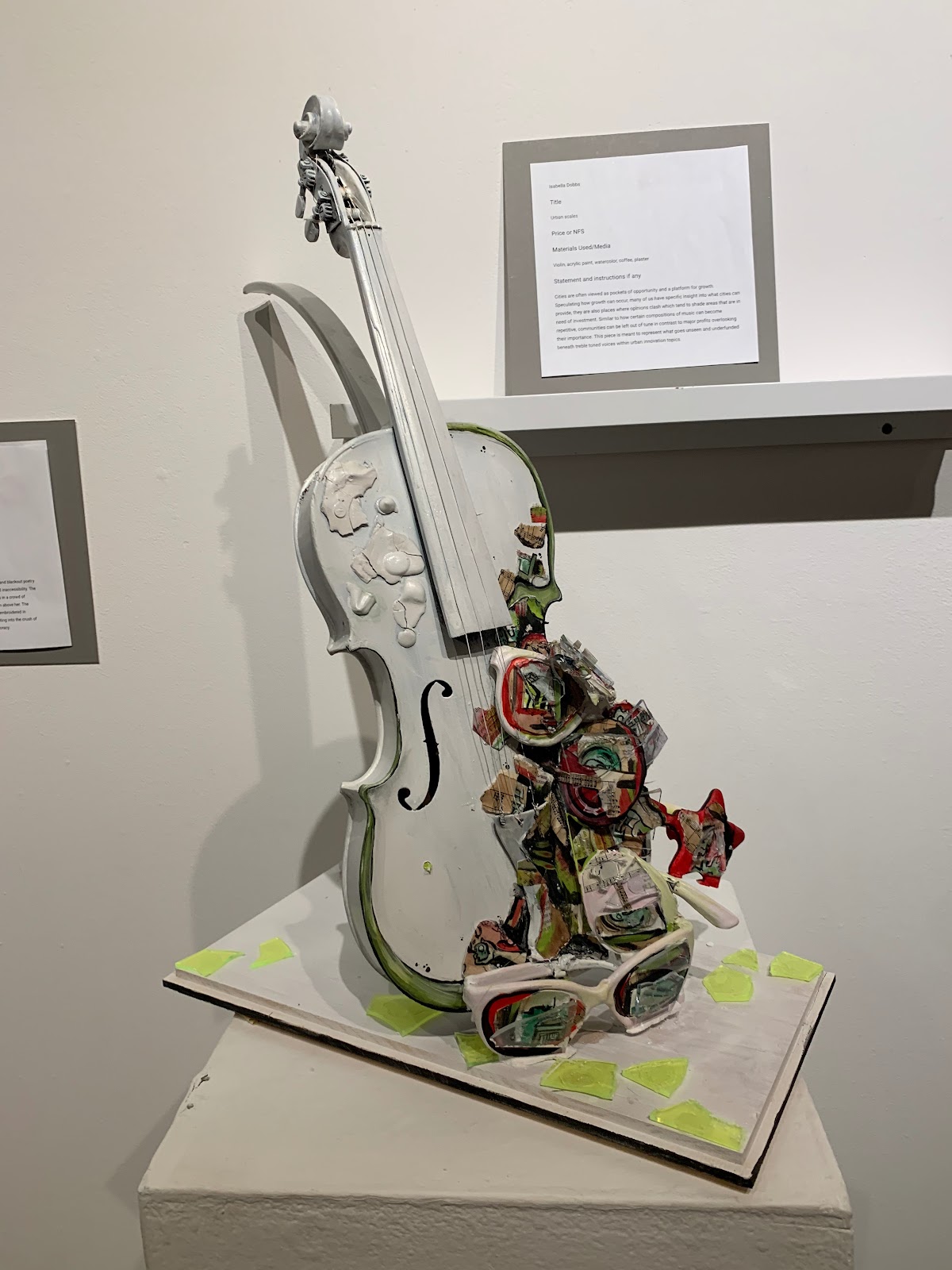 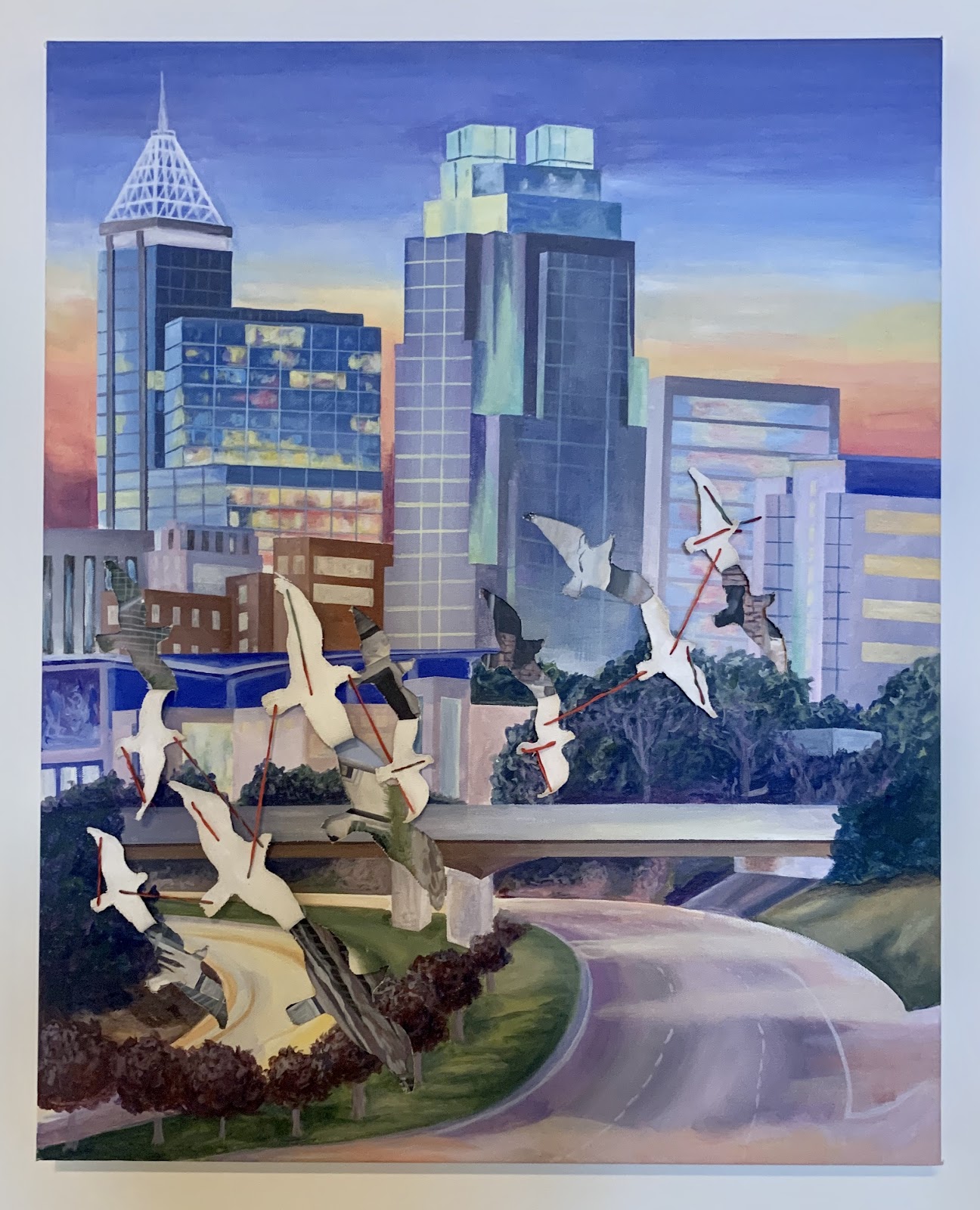 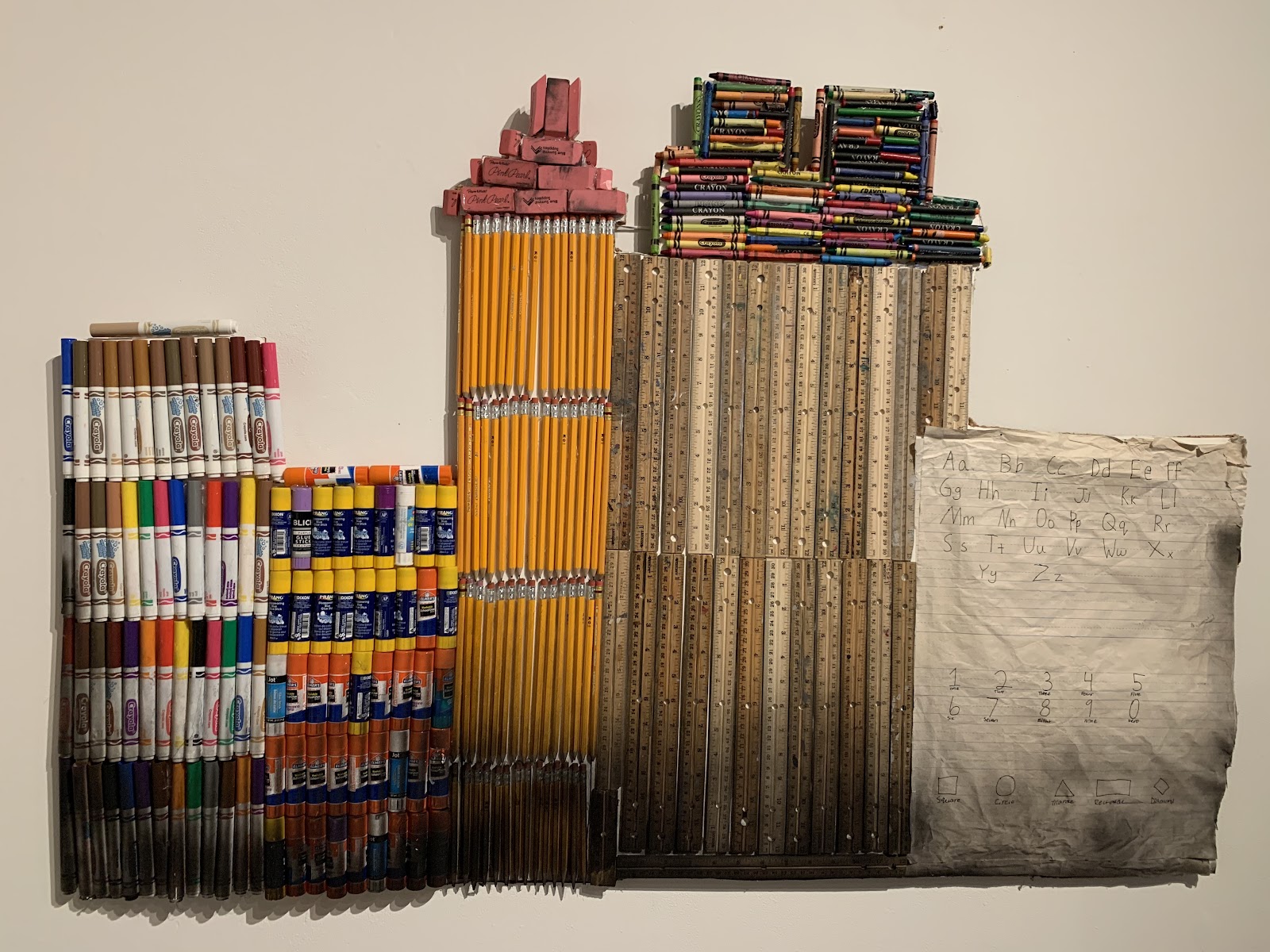 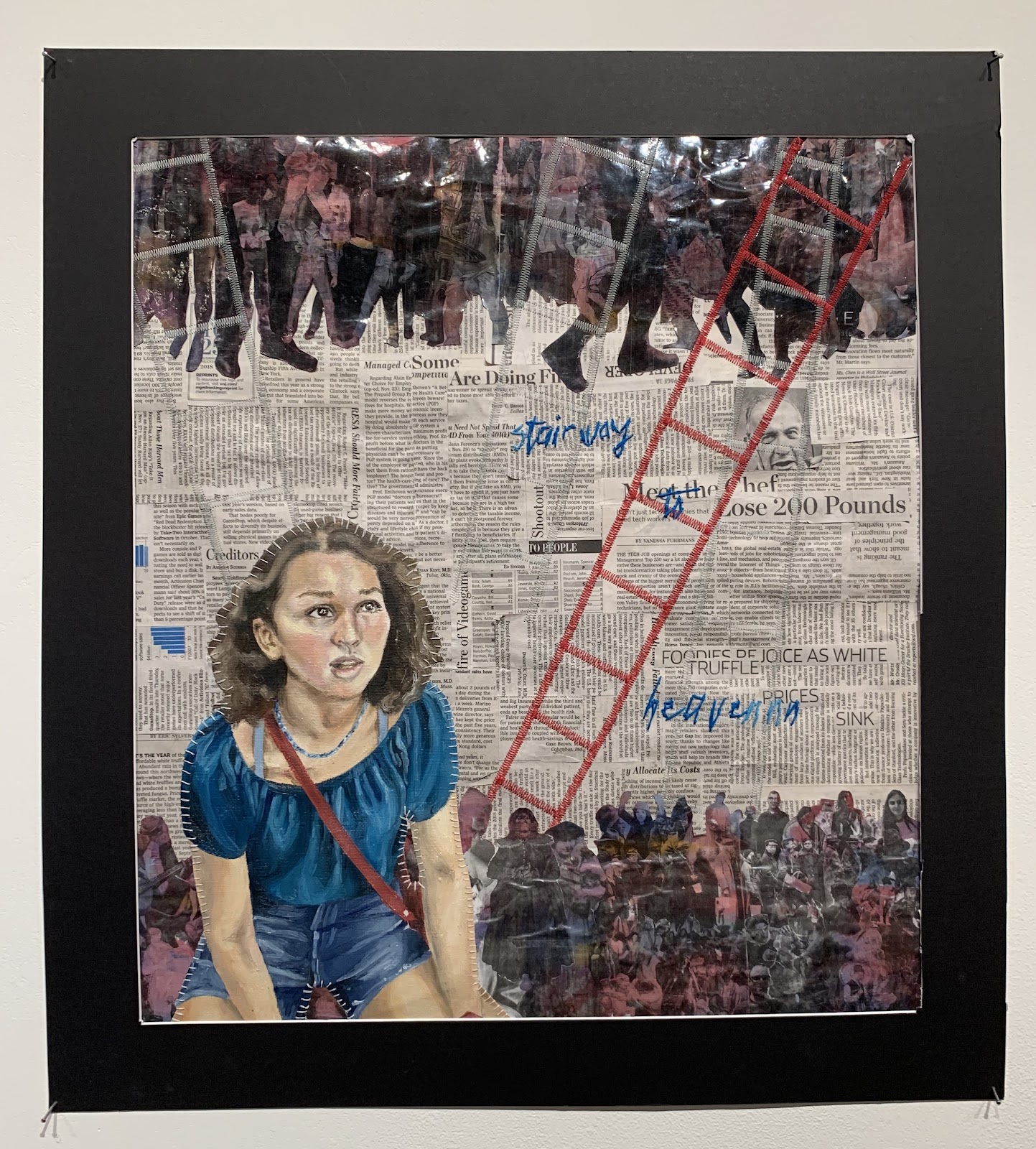 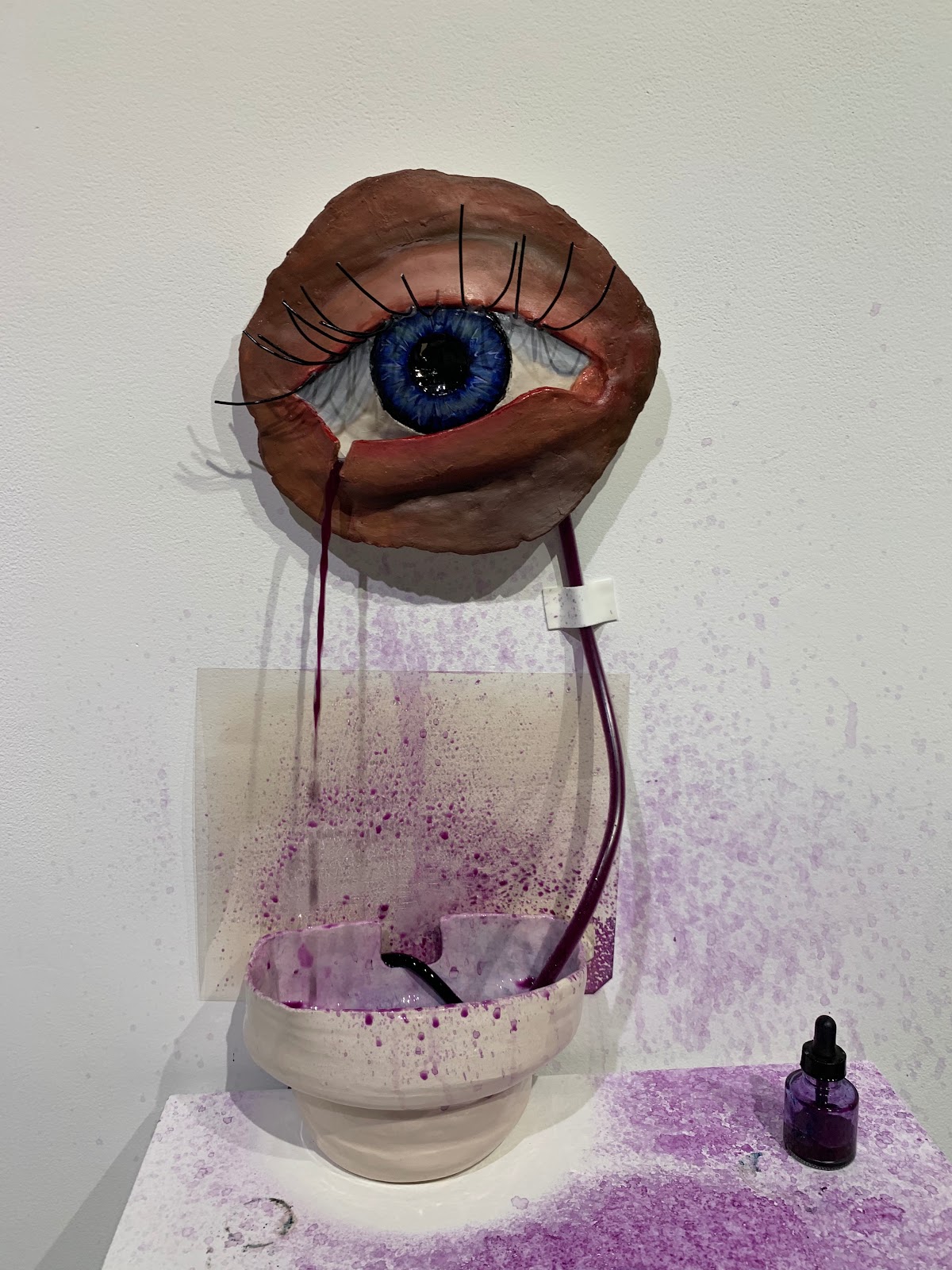 The VAE installation this year had just as much incredible artwork and participation as the year before. After a month of hard work and planning, over 25 AP Enloe artists were featured in the gallery show. The art pieces displayed were all very unique and covered a variety of topics, including poverty, gentrification, poor education, lack of career opportunities, and food insecurity. These pieces captured the Southeast Raleigh Promise in a way that words cannot, because no two pieces are alike.